When I was in high school, I listed to the Cranberries’ No Need to Argue album on a constant loop. Dolores O’Riordan has one of the most beautiful, effective and haunting voices I’ve ever heard. You can feel the emotion with every note and vocal acrobatic twist. I reveled in the lyrics and the music; each word and note conveyed so much.

I felt a lot as a teenager. Most of the time it was deep, dark and angsty. I would constantly fall into black pits of depression, so angry at the world. I had a terrible relationship with my father. I was supremely insecure. This album represents a large part of the soundtrack for my messed up teenage years.

There is so much turmoil during high school. Even though as an adult, you look back and think, it was never as bad as I thought it was, when you’re at that stage, living through all of those crazy hormones and emotions, struggling to find your place in the world, it’s all so stark and real and hopeless. This music helped me through. It gave voice to what I was feeling.

To this day, when I hear these songs, they bring tears to my eyes. They bring me right back to how I felt in 1994 when I was just 14.

I mean, look at the lyrics to one of my favourite songs from the album, Empty:

Something has left my life,
And I don’t know where it went to.
Somebody caused me strife,
And it’s not what I was seeking.

Say a prayer for me,
Help me to feel the strength, I did.
My identity, has it been taken?
Is my heart breakin’ on me?


So damn haunting. She sings the word “empty” for several minutes and in those few minutes, that’s all she has to say. The melancholy sounds of the strings in the background match the desolation of that striking word.

The despair and hopelessness in her voice when she softly sings “disappointment” over and over again at the end of Disappointment slays me.

The fire, ferocity and anger in a song like Ridiculous Thoughts:

Geez, I totally forgot Elijah Wood was in that video!

They don’t make music like this anymore. If I transported my all-black wearing, Doc Marten-booted, morbid, depressed, melodramatic teenaged self into today’s world, what would I cling to at night, lying in bed with all the lights off and no one there but my own damaged thoughts to keep me company? What would I be listening to on my Discman today?

Sidenote: remember Discmans? Before they were invented, we used to record songs off the radio, curse when the djs were still talking at the beginning of the song, and listen to cassette tapes on our Walkmans until the tape got all tangled. Discmans were revolutionary when they came out!

I don’t know why I’ve been feeling melancholy lately. I’ve had this album playing on a loop in my car after work as I try to escape the stress of my workdays.

I’ve been self-medicating with the Cranberries and dark chocolate mint brownies. 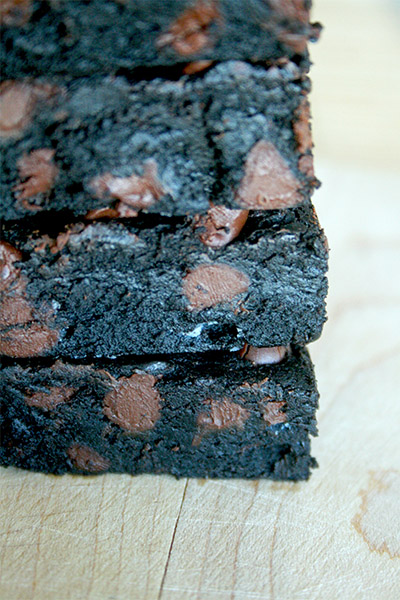 Not too bad of a plan. 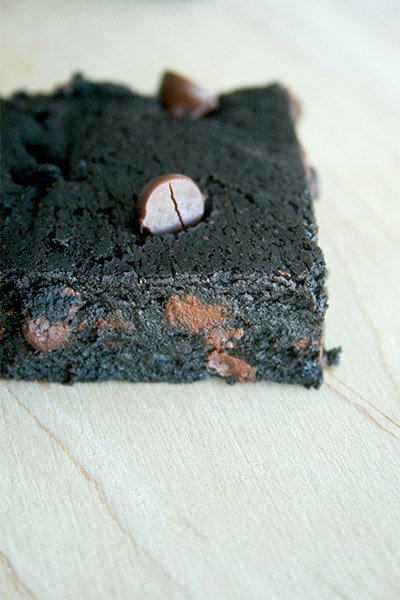 Preheat oven to 325 degrees F. Line a square baking pan with parchment paper or aluminum foil, leaving the sides longer so that you can lift your brownies out after baking.

Place the butter, sugar, cocoa powder and salt in a large microwave-safe bowl. Heat in the microwave in 30 second increments until the butter is completely melted. Don’t worry – the mixture is supposed to look gritty. Set it aside for five minutes to allow the butter to cool.

Stir in the mint extract, then add the eggs one at a time, mixing after each addition. Add the flour and mix until fully combined. Don’t overmix the batter. Add your mint chocolate chips. Pour the batter into the prepared baking pan. I sprinkled a handful of chocolate chips over top.

Allow the brownies to completely cool before cutting into squares. I cut mine the next day and they were the perfect texture. These are satisfyingly dense with an intense mint flavour, which is exactly what I was going for. I stored mine in the fridge because I like them cold and fudgy but you can keep them on the counter in an air tight container as well. 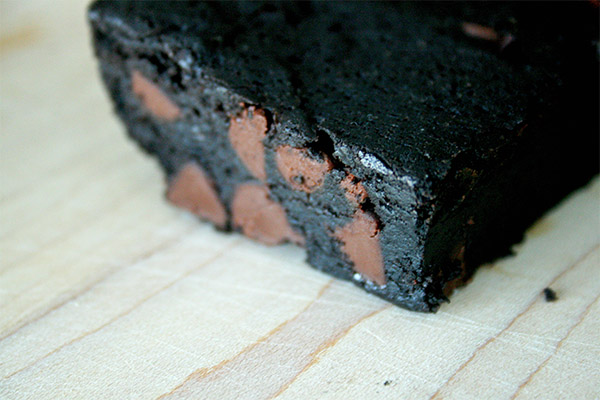 Seriously, these will cure whatever ails ya. 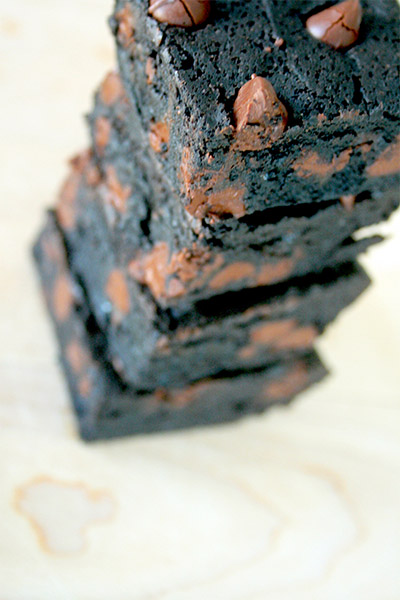 27 thoughts on “Ode to the Cranberries and Mint Chocolate Brownies”

Wolfed down Chinese takeout at 6pm. Now singing karaoke at home in my pjs with a dog in my lap. Tony’s classic picks are all BSB songs while I choose head bangers like Yesterday Once More and Tears in Heaven. Planning on heading to bed in half an hour. May you all be having as wild a time ringing in the New Year! #happynewyear #readyfor2020 #bringitbitch
I love seeing everyone’s Halloween posts but I’m so damn sad I’m not home to celebrate this year! C’est la vie. Instead, I got to spend this October 31st in my favorite city, doing and eating all the French-iest things! #cityoflights #jetaimeParis #vacationgorging
Number one on my priority list in Madrid was eating chocolate con churros at #ChocolateriaSanGines ✔️✔️✔️ #madrid #spain #vacationgorging #chocoholic