Vancouver is having a streak of unprecedented sunny weather and I’m absolutely loving it. It’s amazing what sunshine and blue skies will do for one’s mood. It puts me in a celebratory frame of mind, which works perfectly with this week’s Sunday Supper theme. We’re getting inspired by all things south of the border and offering up recipes perfect for Cinco de Mayo. 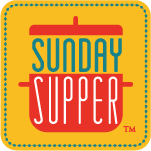 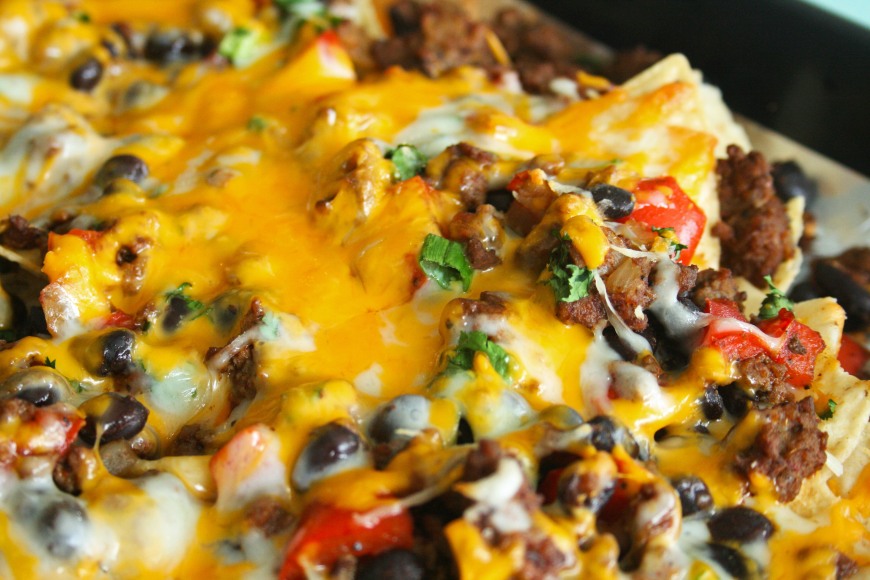 I worked at Taco Time right after high school for about a year. I got the job through my BFF, who was already working there at the time. I honestly believe that everyone should have a job in fast food at some point in their lives. It’s hard ass work, let me tell ya. Eight hour shifts on your feet, perpetually smelling like frying grease, hustling in order to fill lunch time orders quickly, especially on Taco Tuesdays. I divided my time between two stores – one in the mall that kept pretty regular hours and the other on Granville Street, which was and continues to be the downtown party strip. I was 18 years old and I’d work the late shift until 2 a.m. so that we could feed all the people streaming out of the clubs when they closed. The front doors would be locked so no rowdies could get in and we’d serve them through a window. Ahhhh, the nights when the drunks would start kicking at the front doors either before or after vomiting, watching police officers rounding people up on the street, while a line of club-boys and -girls were screaming for tacos. Good times, good times.

I’ve been craving nachos something bad. I’ve had a giant bag of tortilla chips sitting in my pantry just waiting to be smothered in meat and cheese so that’s what I’m bringing to the table today. The BFF and I used to love Taco Time’s mexi-fries deluxe – tater tots smothered in cheese sauce (made ghetto styles from dry powder in a bag, yo), seasoned beef, sour cream and salsa. Next time I make nachos, I’m using tater tots!

*note: the great thing about cooking is that you can adjust the amounts of everything you use to accord with your taste. Want it spicier? Add more chili powder or peppers (which I didn’t use because I can’t handle spicy foods). This recipe is just a guideline – it’s supremely adaptable.

Preheat your oven to 350 degrees F.

In a pan or pot, saute the onions and garlic in olive oil over medium heat until softened. Add the red pepper and cook until it starts to soften. I like to salt my food as I’m cooking so at this point, I added half a teaspoon of salt.

Add the black beans and cook until the beans are heated through and the meat is no longer pink. Add the chili powder, cumin, black pepper, cinnamon and salt to taste.

In a large pan, place a layer of tortilla chips. Cover with cheese. Top with the beef mixture and place into the oven for approximately 15 minutes, until the cheese is melted. 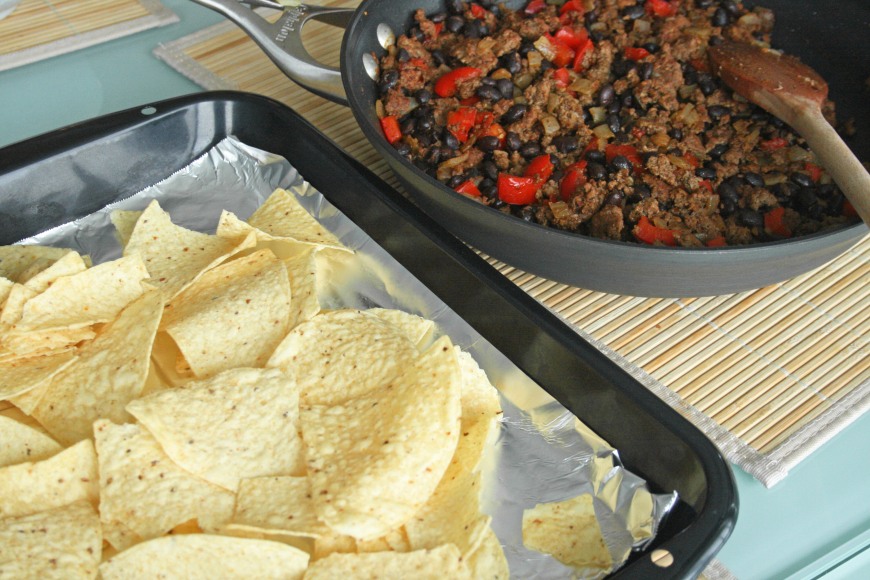 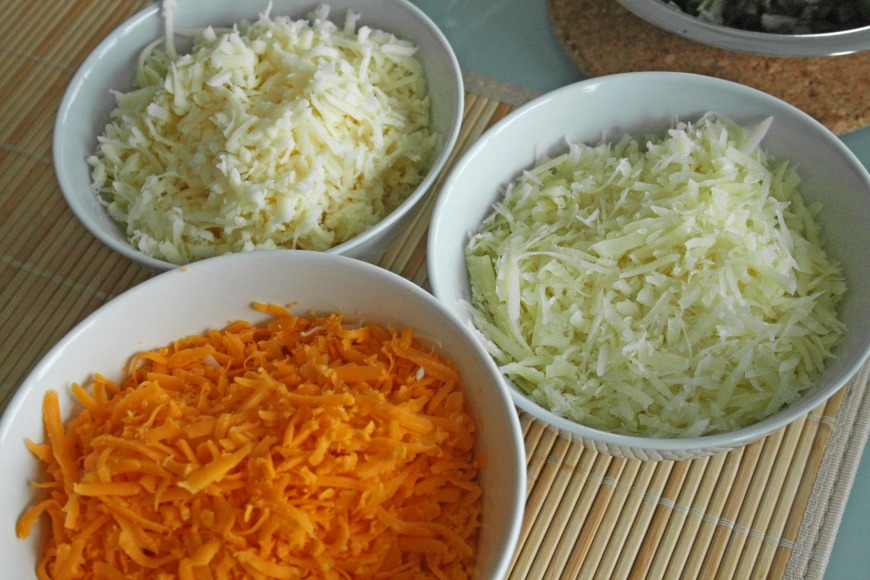 Because one type of cheese just ain’t enough.

Remove from the oven and top with the tomatoes, avocado, cilantro and green onion. 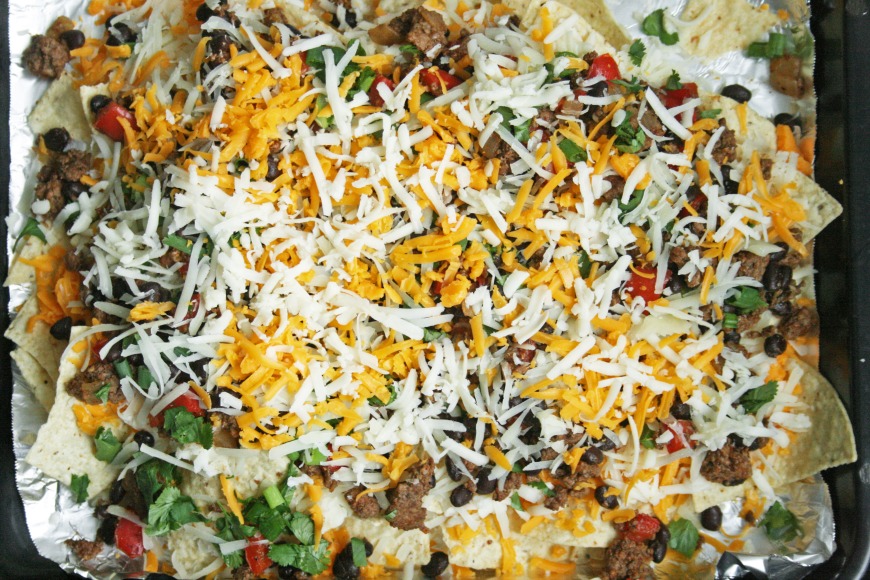 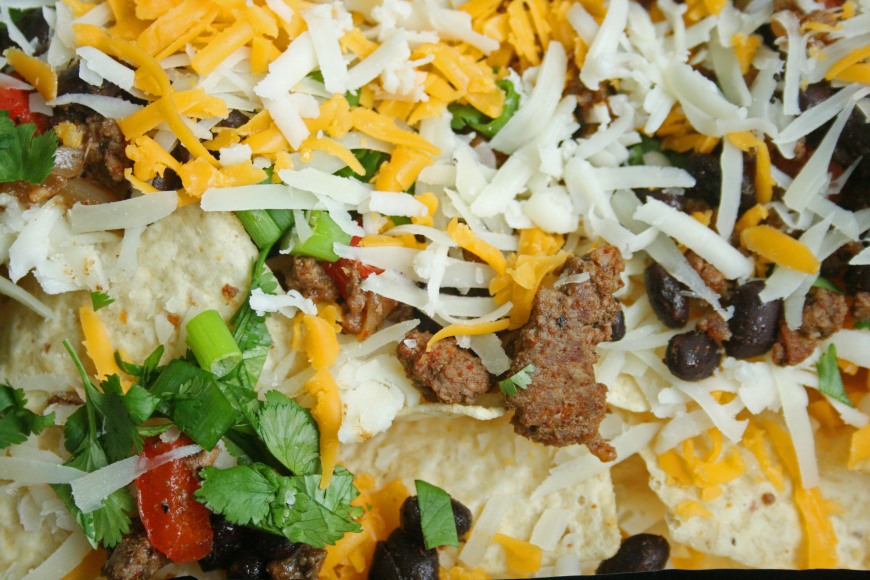 This made a ton – you could probably serve 4 to 6 hungry adults. And needless to say, it really hit the spot. You can’t go wrong with perfectly spiced beef, three kinds of gooey cheese, cool tomatoes, creamy avocado, and the fresh sharp flavours of cilantro and green onion. Wash it down with a few boozy drinks and you’ve got the perfect meal! 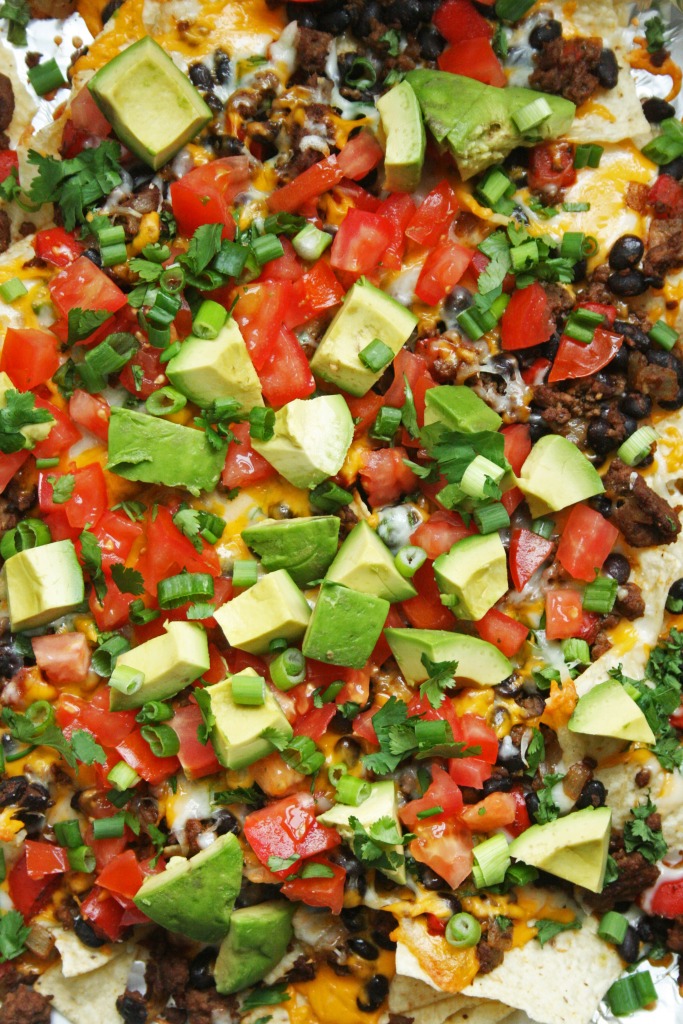 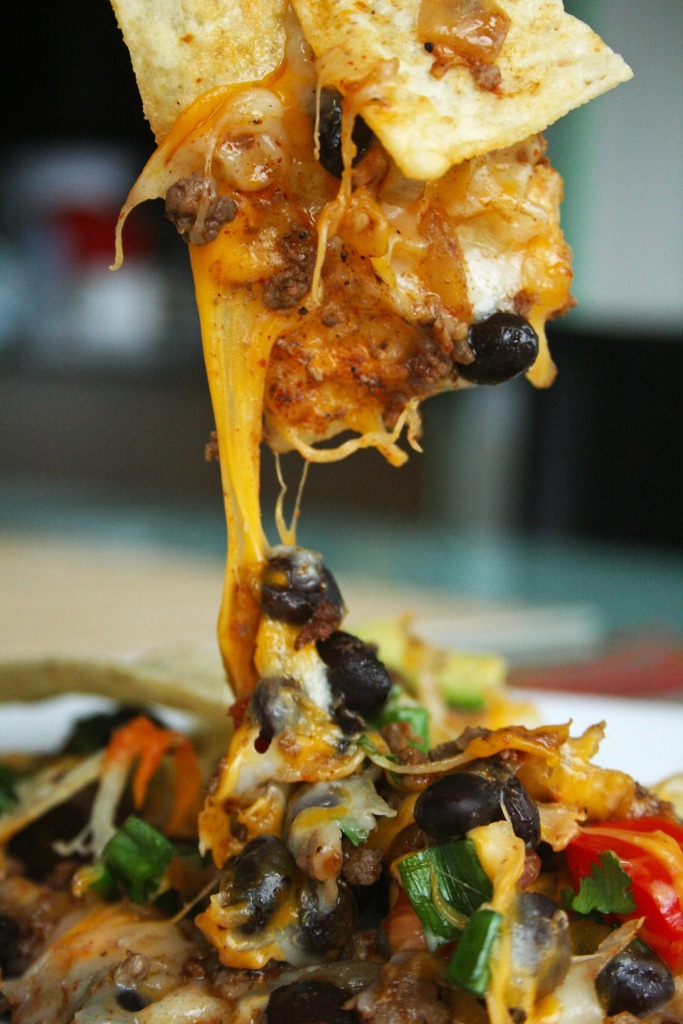 Check out the rest of the Sunday Supper line-up for some tantalizing Cinco de Mayo recipes:

Join the #SundaySupper conversation on Twitter today to celebrate Cinco de Mayo! We’ll tweet throughout the day and share recipes from all over the world. Our weekly chat starts at 7:00 pm EST. Follow the #SundaySupper hashtag, and remember to include it in your tweets to join in the chat. Check out our #SundaySupper Pinterest board for more delicious recipes and food photos.

Do you have your ticket to the Food and Wine Conference yet? If not, there will be a $100 discount available on the full conference pass today if you participate in the #SundaySupper twitter chat from 7 to 8pm Eastern Time, and purchase your ticket during the chat. The discount code is: SundaySupper.  *Note the code is only valid during the chat time frame.