Our little Abigail is quite the handful. She looks like a sweet innocent ball of fluff but don’t let that face fool you. I may have been a bit too accurate when I gave her “Ass Kicker” for a middle name. She is certainly kicking our asses when it comes to patience, discipline and sleep. Has anyone ever told you that having a dog is like having a baby? Well, it’s absolutely true.

The first few nights she barked all night long so there was no way we were sleeping up in here. There were also several nights where I’d come home from work to find that the little bugger had escaped from her fenced off area in our living room. She’d come running up to me as I was taking off my shoes, practically grinning in glee at having had free rein of the place for God knows how long. I’d then groan as I’d see my entire apartment filled with dirty paw prints, drying puddles of pee and little mounds of poo. We put a stop to that by keeping her in the spare bathroom where she can’t get out, no matter how hard she tries.

It’s taking time but she’s getting better. The awesome dog trainer we’re taking her too has been a huge help. Maybe sometime soon in the future, she’ll be doing this: 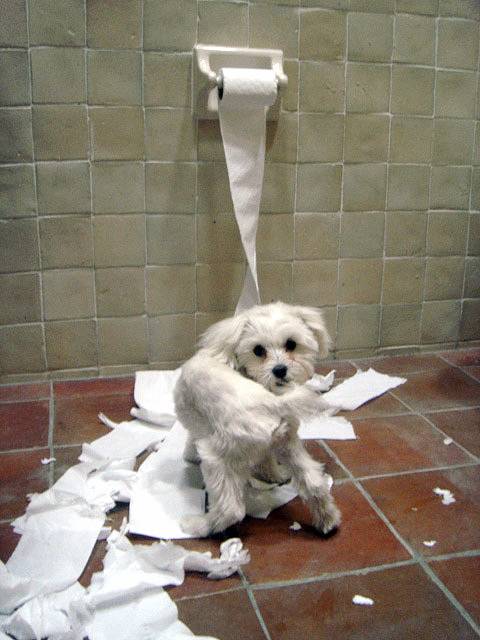 Not Abby – just a stock photo of a dog online. I WISH this were the extent of her mess!

This month’s Chocolate Party ingredient is coconut. I don’t think I’ve ever baked with coconut before so I had to scour the internet to find a recipe. I came upon Martha Stewart’s recipe for Anzac cookies and was intrigued.

I’ve never heard of an Anzac cookie before. Wikipedia (apparently my go-to for information given how often I reference it on this blog!) provides the following edumacation:

It has been claimed the biscuits were sent by wives to soldiers abroad because the ingredients do not spoil easily and the biscuits kept well during naval transportation.”

Funky history! I’d way rather eat cookies than some of the other non-spoil-y foodstuffs they probably used to have onboard. While these wouldn’t ward off scurvy, they’d at least be tasty. I had these babies lying around for a few days and I can see why they were favoured for long trips – the cookies actually tasted better with each passing day. 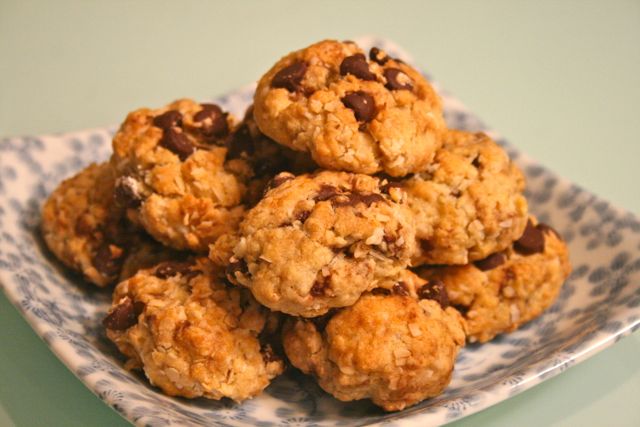 Preheat your oven to 350 degrees. Line baking sheets with parchment paper, and set aside.

In a large bowl, combine the flour, oats, sugar, and coconut. Set aside.

In a small saucepan over medium heat, melt the butter with the syrup. Dissolve the baking soda in the boiling water, and add to butter mixture. Stir to combine. Martha cautions that the mixture will bubble up considerably if the butter is hot, but mine didn’t bubble at all. Still, proceed with caution!

Add the butter mixture to the dry ingredients, and stir to combine. Add the chocolate chips and stir. They mixture is going to be fairly crumbly – it doesn’t come together into one cohesive dough because of how little by way of wet ingredient there is. 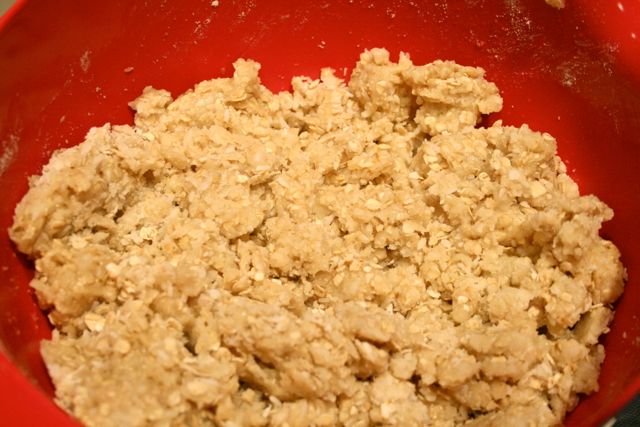 Using a 1 1/2-inch ice-cream scoop or your hands as I did, scoop up balls of the dough and pack each ball tightly in your hands. The mix is slightly dry so make sure to shape the balls together with your hands.

Place the balls of dough onto your lined baking sheet and bake for about 15 minutes, just until the cookies are a nice golden colour. 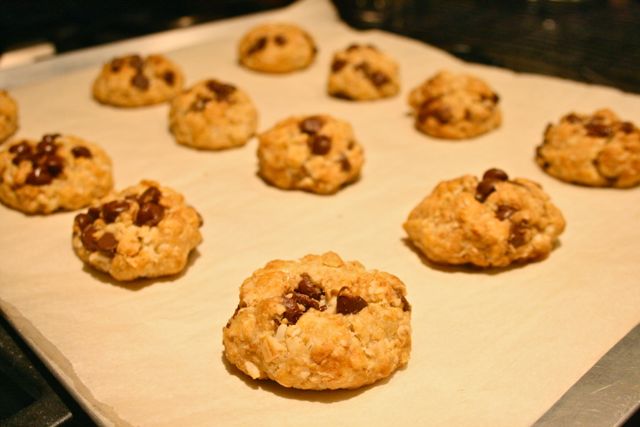 Transfer to wire racks to cool. 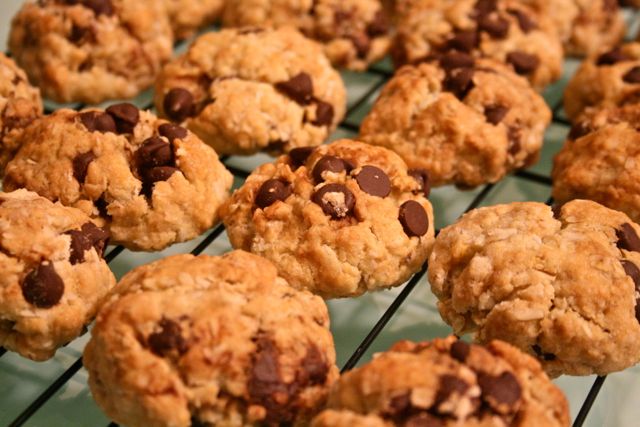 These cookies are very crisp on the outside and super chewy inside due to the oats and coconut. Next time, I’d use brown sugar for that caramel depth of flavour. The cookies aren’t very sweet, instead allowing the chocolate to shine. Even the Husband enjoyed eating these and it’s rare that he’ll like anything with chocolate in it.

I didn’t make it for last month’s delicious Chocolate Party but I got this month’s contribution in before the end. Next month we’re doing double chocolate in honour of Valentine’s Day – I can’t wait! For now, make sure you click on the linky tool below and check out the delicious chocolate coconut offerings from this chocoholic crew:

41 thoughts on “Chocolate Chip Anzac Cookies for a #ChocolateParty”