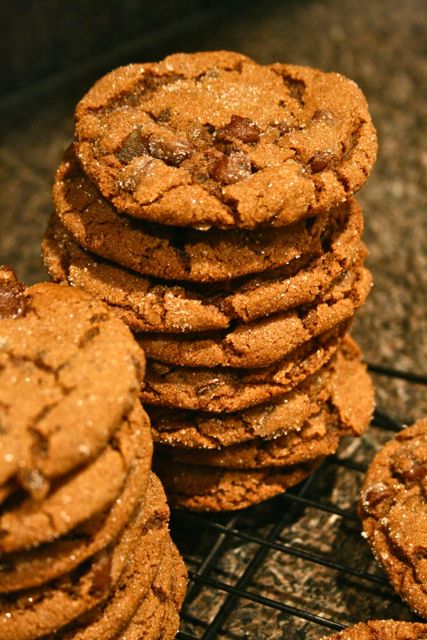 I’ve been seeing a lot of kids-with-Santa photos lately on Facebook and Instagram and I’ve got to say, bravo to the malls and stores for hiring such realistic looking Santas!  Back when I was a kid, the Santas looked so blatantly fake – it’d be some young guy wearing a gross fake beard that was half-falling off his face and bad cotton padding for a belly.  Total lack of effort and believability.  Maybe that’s why I was usually crying in those pictures (lack of effort gives me the sads) … although, come to think of it, it’s pretty terrifying being abandoned by your parents and left on the lap of some total stranger with a beard in a bright red suit cackling away.

Speaking of Santa, my favourite Christmas movie is the original black and white version of Miracle on 34th Street.  I won’t watch the version where they simply injected colour into the original (it looks tacky) and I’ll watch the remake begrudgingly if it’s on (it’s devoid of the original film’s magic and wit).  Miracle has bumped White Christmas to the number two spot on my holiday movie-watching list.  I mean, this movie has it all – it takes an adorable precocious kid, Santa Claus, mental illness and litigation to show us the true meaning of Christmas.  It’s brilliant!  Plus there’s a scene where a dude basically drugs his wife with excessive alcohol in order to trick her into doing something she’d never agree to while sober.  That’s so wrong yet so right.

Well, we’ve made it, folks.  It’s the last week of 12 Weeks of Christmas Treats, the fabulous baking linky party hosted by Brenda of Meal Planning Magic.  I was able to participate in 5 out of 12 weeks – not too shabby with my crazy schedule.  For this last week, I wanted to present something truly seasonal and balls-to-the-wall delicious.

This will be the second time I’m featuring a recipe from the amazing blog, Averie Cooks.  Everything Averie makes is gorgeous, decadent and drool-inducing.  I’ve taken her molasses triple chocolate cookies and tweaked it just a bit.

For the topping, combine the three ingredients in a small bowl.  Set aside.

Preheat your oven to 350 degrees F.  Line a cookie sheet with parchment paper.

In a large microwave-safe bowl, melt the butter.  Add to the butter the brown sugar, granulated sugar, cocoa powder, molasses, oil, vanilla, cinnamon, ginger, cloves, salt and egg.  Whisk to combine until the batter is smooth.

In a separate bowl, whisk together the flour and baking soda.  Add it to the wet ingredients and stir just to incorporate.  The dough will be really thick.

I know what it looks like. You don’t have to point it out.

Add the chocolate chips and candied ginger; mix until evenly incorporated throughout the dough.

Ahh, the stars of the show! 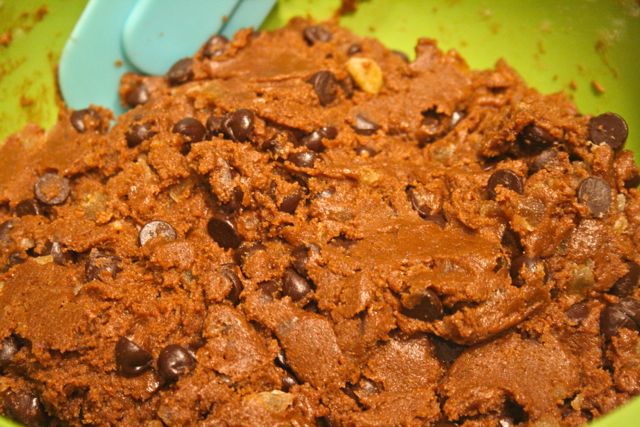 Spoon out scoops of dough about 2 inches in diameter and roll in the palm of your hands to form uniform balls.  Drop the balls into the sugar/cinnamon/clove mixture and roll until the balls are evenly covered.

Place the balls onto your baking sheet, approximately 2 inches apart.  Like Averie, I didn’t crowd my baking sheets and baked them 9 at a time.

This is very important – do not overbake these cookies!  You want them almost molten inside when you take them out of the oven so that they stay super moist and chewy.  Averie only baked hers for exactly 8 minutes but because I felt the cookies were still too raw at only 8 minutes, I baked mine for 12 minutes.  I’d recommend that you set your timer for 8 minutes then check on the cookies.  They should be firm on the bottom and edges but still soft in the center.

Remove the cookie sheet from the oven and allow the cookie to cool on the sheet for about five minutes (they will continue baking on the hot sheet so remember what I said about watching the time).  Move the cookies to a wire rack to complete cooling.

Averie has a genius tip for the cookies when they’re finished baking right out of the oven.  I won’t give it away – go check out her beautiful post if you want to know what it is.

This is like staring into the face of awesome deliciousness.

Another beauty shot…of the cookie’s molten innards, not of my strange, claw-like hand.

My God these are good.  They are perfect for the holidays.  The molasses flavour is deep and comforting.  The cookie, while fresh from the oven, is super gooey and soft, dripping with melted chocolate.  The chunks of candied ginger really enhance the flavour of the ground ginger and molasses while providing a nice chewy texture.  The cookies are still incredibly fabulous in the days to follow (if they even last that long).  They become crisp around the edges and super chewy on the inside.  Molasses, chocolate and ginger just might be my favourite flavour combination this year.  Guaranteed I’m going to make these again before year’s end.

Check out the linky button below for everyone else’s tantalizing Christmas treats.